What inspired you to write Waafrika 123?

There was a woman in our village; she had been exiled. Exile means zero contact; it makes you [a] social pariah extraordinaire on your own soil among your own people. As is the custom, the elders told us of her exile, warning us not to go near her until they gave the signal, permission granted to reengage. Nothing unusual about the procedure, completely in-keeping with traditional custom. The unusual thing was this: neither me nor my expanding circle of friends knew why she had been exiled; usually we’d know because tribal code makes it crystal clear from birth which in/actions lead to exile, your social death publicly announced to your community. I was maybe seven years old when this was going down. Independent little me decided to completely ignore my elders and become obsessed with this woman with her mystery circumstance, secretly following her any and every spare moment at my disposal. So one day, when I’m super obsessed with my detailed detective work, a passing wind blew her window curtain wide open so I saw inside her home; a wellspring of shame passed through my seven year-old Self.

I think Waafrika 123 is a product of that intense shame. I was spying on a life in exile, a life privately experiencing its social death, which my obsession openly violated, or at least made significantly less private. I felt then at seven and still feel years later that the public announcement of her exile was intended to shame her; stripping her exile of an explanation was intended to oppress her; my spying, though not intended to humiliate, did exactly that. That cocktail—shame, oppression, humiliation—is what makes patriarchy effective and especially lethal. Writing the play, I think, was my reckoning with a deep need to piece back the explosive shards, to resurrect her life and mine from Death by quieting shame, lessening our shared oppression because of, not despite, our helplessness. Yes, I felt and feel myself powerless over the forceful agents at work in my Life, but writing is miraculous for so many reasons, not least of which is when impact gracefully dances with intention on the page.

No, the exiled woman was not lesbian nor queer nor, to my knowledge, romantically involved. I gave her a queer identity to transform her exile, her social death, into something special, magical. I felt the best person to give her best Self to would be someone like her who was not like her, a woman who was a foreigner, so that the rules pertaining to her exile did not apply, nor would she be accountable to those rules when a couple, when sharing their shared Selves. Invention, creativity, risk, surprise took over, so all this is speculation; every single word is. Writers are known to extemporize. In summary, to be perfectly honest, I don’t know what inspired Waafrika 123, my play. 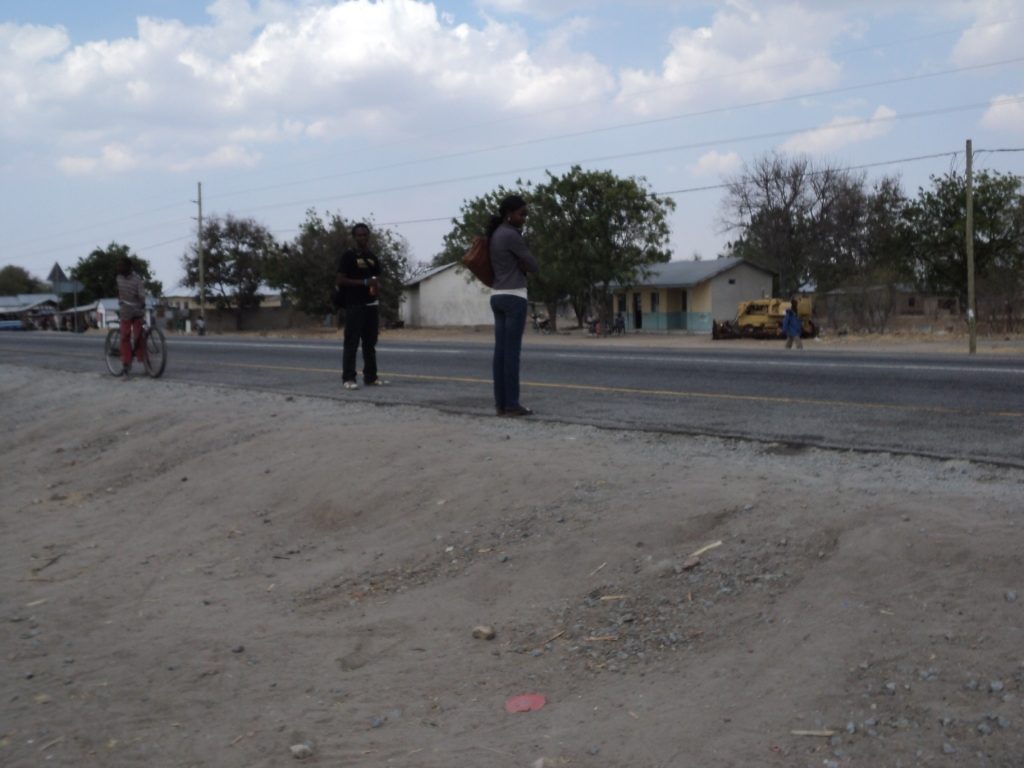 Without giving anything away, what can you tell us about the stories of Waafrika 123 that we won’t know just from seeing it?

It’s important to understand the significance and understatement that is the subtle difference between Chief’s generation and that of Awino’s, his child, for one is truly a philosophical umbilical cord to the other. Chief is from that generation of African (male) who experienced the entire breadth of competing and transforming global points of view within the African continent. Chief was a child when his father was Chief under tribal law; he was a young man when colonialism arrived and abolished tribal law; he was a man when colonialism ended, independence was celebrated and nationalism installed new laws; and he was an elder as globalism approached. The arch of that political narrative could read as someone who saw his father fight for his freedom only to see his own child (Awino), through globalism, embrace the culture of his father’s oppressors. Maybe.

Less open to speculation is that Awino’s “freedom” is intimately bound to Chief’s, though not obviously so. In short, every effort Awino makes to separate or be free from patriarchy is, in essence, subverting the multilayered helix between tribe, tradition and historical sacrifices made by family members so [that] Awino could arrive at a place to claim hir freedom. Nobody is wrong; wrong isn’t wrong when there is no “right” way to become Self nor script for “freedom” (as license). Awino’s generation is likely to interpret hir claim for freedom as the natural extension of Chief’s struggle; independence meant fighting to free the body politic and so it would and should obviously lead to freeing the body by allowing for its fullest expression. To Chief and his generation, that struggle had nothing to do with queer rights; indeed, to link their noble fight against colonialism for independence and freedom to queer Africanity is a slap in the face and spiteful mockery of precious blood that was shed. To make peace with such bold contradictions, I created a world where both truths peacefully coexist. In the end, when Queer Africa is ultimately birthed by Awino, it lives on several plains within two worlds: old and new; traditional and omni; reality and non; cis and queer. Awino and Chief need each other; they peacefully coexist because they are each other: they are born, both die, both resurrect and both are reborn because of each other, stripping layers to expose the heart, which could be one definition for freedom, for Self, for love.

There is such a fine line between self-preservation and cowardice, isn’t there? Within the Trump presidency and Republican Party, we are witnesses to it. The distinction between self-preservation and cowardice in a world where there is no single Truth is made by persuasion through perception. Perception, how one sees the world, informs decisions, choices, persuasion. So you can only live your persuasion; how can you not? So, it’s very hard and very easy to judge the characters in this play. My hope is audiences will suspend judgment along with disbelief. I’ll leave it at that.

I fear a queerphobic audience (member) will use Race to block the genuine, deeply heartfelt complex desire Awino and Bobby have for one another. It’s easy and therefore convenient, given the (current) climate of tribalism, to substitute whiteness for “savior”, “ineptitude”, “the enemy”, “Johnny Come Lately African activist”, etc. But I feel a more complex story is being told and hope audiences embrace the opportunity to let go of traditional readings of plays where there is a clear path to normalcy as the status quo. Anyway, I don’t think artistic formula works: if anything, such scripts distort Life—and therefore Art. This play is not “love with dictums”. This is not right versus wrong; good versus evil. This is about Being. And Being is not a performance; it comes without a formula, [has] no script.

Talk about your background as an artist and a playwright. What kinds of stories inspire you to tell them? What’s compelling and important to you about a narrative?

What artists, playwrights, and/or performances have inspired you over the years?

Women writers, particularly African-American novelists after the epoch dubbed as The Protest Novel, though some systems/socio-political African-American male writers from that era influenced me too. Russian novelists, European existentialists as well. Peppered with a few German and French philosophers who make for better reading when bitter and disillusioned. I like critical theory, queer theory, rad manifestos, travelogues, religious texts, poetry, anything I can get my hands on. I’m teaching myself how to take in visual art. I get drunk on dance. Appreciation and applause goes out to artists from every genre, really.

Do you have any other projects coming up you’d be excited to share?

Thank you so much for asking. Following a residency with the amazing Crowded Fire Theater Company in San Francisco, California, there will be a reading of my full-length play about a Black trans-femme in December 2018.

When you’re not playwriting, how do you spend your time? What are some of your hobbies or passions in life?