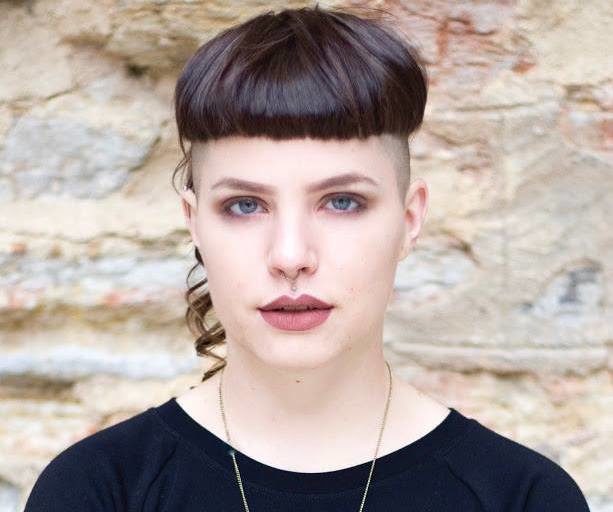 Where did the ideas for your Q-STAGE show come from?

I first came across this subject matter during an internship for Chicago essayist Peggy Shinner in the summer of 2014. As I immersed myself in the world of the work, I formed a deep connection with the material. This is a story with such rich artistic potential that I couldn’t leave it behind; deep thanks go to Peggy for permitting me to form my own sculpture from her stash of clay.

Why do you feel it is important to share the stories of your performance with the community?

The structure of so many institutionalized social ills that we experience today were solidified in the mid-20th century. In the aftermath of the 2016 presidential election, I found my thoughts returning to this research. I could not ignore the glaring parallels between the Atomic Age and contemporary America. Media bias; toxic masculinity; the performance of femininity; sex-appeal; imperialism; the environmental implications of nuclear warfare; displaced communities of color; the role of nostalgia and kitsch in infantilizing, glamorizing, and otherwise skewing the way we interpret violence – these issues, which are so often talked about as bygone or obsolete, are as deadly relevant to my generation as they were to my grandparents’ generation.

What is this performance about for you on a personal level?

As an alcoholic in recovery, this is a piece about the impossible effort it takes to live in a fantasy of one’s own design. As an emergent artist, this fellowship has provided me the opportunity to write and develop my first feature-length stage piece.

I’ve pet a lot of dogs, so I’m coming in with a substantial backlog of blessings to cash in.

According to Strengthsfinder (TM), two of my top assets are Connectedness (TM) and Ideation (TM) so I don’t uplift pet social issues with my art so much as I draw connections between seemingly disparate issues. Everything is connected to everything and art is my way of processing that inalienable truth.

What artists or performances have inspired you over the years?

The first time I had an oh-shit-this-is-the-kind-of-art-I-didn’t-know-I-wanted-to-make moment was the first time I saw The Neo-Futurists. The second time I had that feeling was when I learned about La Pocha Nostra’s work. Since then, I’ve been inspired by performance groups with aesthetics grounded in absurdism, dada, found text/objects, gesture, and social practice. As for the local scene, I’m consistently floored by the work I see my community bring forward at variety shows like Daddy and Mother Goose’s Bedtime Stories.

Are you working on any other projects presently or coming up in the future?

Concurrent with the culmination of Q-Stage, I am graduating from a year long Arts Organizing Institute with Pangea World Theater. As for upcoming work, I’m looking forward to focusing on crafting with friends.

Describe your pre-performance ritual if you have one.

When you’re not deep in Q-STAGE rehearsal and development, how do you spend your time? What are some of your hobbies or passions in life?

Trying to get my cat to stop eating plastic, shotgunning La Croix, rollerblading, swapping dank memes with my nerds, finishing abandoned crosswords, and trying to suss out whether or not anyone else in the room watches the same anime I do.

Have you been collaborating with any other artists to create this show? Who are they and how are they contributing?

This process has been a great conduit for connecting with former Q-Stage artists. Several of my fore-daddies in this program are already friends of mine so it was enriching to engage creatively with those folks. Extra special thanks with a cherry on top go to Jay Eisenberg, Sami Pfeffer, AP Looze, Kat Purcell, Billy Noble and my anchor, my rock, my director, Chantal Pavageaux.

More about The Last Resort

The Last Guest at The Last Resort passes the time basking in the desert sun, sipping sparkling refreshments and lauding the patron saint of pool-side glamour, Micheline Bernardini, the first woman to model the bikini swimsuit. But the desert oasis may prove to be a fragile mirage as the Last Guest is forced to recon with the repercussions of living in lavishness. In their most ambitious stage project to date, Addison Sharpe navigates a world of sex, kitsch, fallout and the bewildering spectacle of the Atomic Age.

Click HERE for more information and to get tickets to Q-STAGE!