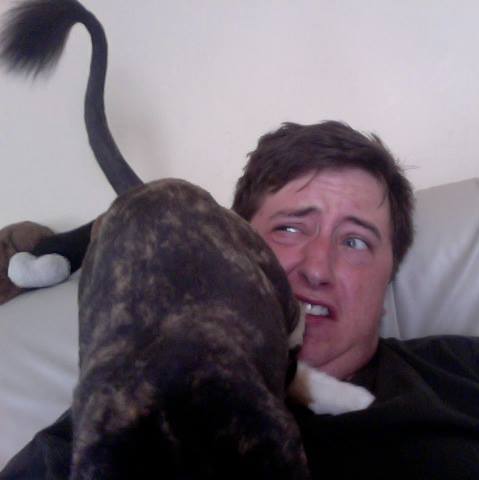 In what way/s are you involved with THE NAKED I: SELF-DEFINED?

Why is it important to tell the stories in THE NAKED I?

I grew up in a small, Southern town, where if things didn’t conform to the normative, one didn’t talk about them. My hometown was racially divided along railroad tracks. We didn’t discuss that, or racism, or sexism, or anything else that was “uncomfortable” for those served by the structure. Such discussions were placed in the back of the closet with clothes from another season and left to rot. We should talk about heterosexism and cissexism, about the lives that gender nonconforming individuals lead, about the love they find, about the structural barriers they face. The Naked I is a fantastic way to do this.

What aspects of your identity do you hope to express through your involvement with THE NAKED I?

More than anything, I hope I do Alex’s work justice; Alex wrote a very powerful piece, and it’s super-exciting to have been chosen to relay it. Alex’s words resonate with me; I am a transmasculine individual who wants to use his privilege to overthrow these power structures, who doesn’t wish to hide his invisible disabilities from the world but doesn’t wish to be defined by them, and who doesn’t wish to lead a normal life, because even on my most normative days, I’m far from normal.

What social issues are important to you and how do they inform your work?

Wow. There are so many! I really want to see an end to sexism and racism, and I try to use my white male privilege (because, even if one is trans, one still has privilege; a lack of privilege in one area does not undo privilege in another) to dismantle those structures, so the parts of Alex’s piece that spoke of doing that resonated strongly with me.

What other artists or shows have inspired you?

I’ve seen Ani DiFranco something like eight times, and she’s a strong source of inspiration in my life. She lives her beliefs; she was courted by record labels and chose, instead, to create her own. I saw Mykel Pennington in a one-woman show called The Pink Unicorn a few months ago, and she was amazing, as she also blew me away in the last two productions of The Naked I that I have seen. I’m also surrounded by trans people fighting for justice and just trying to live their lives.

What is your favorite hangout spot and why?

I adore breweries; even if I can’t get anyone to go with me, I’ll take a book and sample a flight. All the better if there’s live music. I recently gave up caffeine (ouch!), so I try to stay away from coffee shops, but Hard Times Cafe is one of my favorite spots in the cities, and I haven’t been there recently or often enough.

When not involved in this production, how do you spend your time? What are some of your hobbies?

I play and write music.  I take my dog to the dog park.  I hang out with friends.  I cuddle my cats. I go to the gym, although I messed up my left rotator cuff the other day being overenthusiastic with the shoulder presses. Damned testosterone…

Tell us about your pets, real or imaginary.

I have a black Lab mix named Zappa who was part of the 4th Precinct Shutdown and accompanied us to put decorations on the awful fence they put up around that area. He’s very energetic and likes running around on the Mississippi River in the wintertime. When I met my wife, she already had Thelma and Louise, two cats she’s kind enough to share with me. Thelma can detect my migraines before they happen and Weezy is really good at whining a lot.

What other projects are you working on or hope to work on?

I’m hoping to get through this without making an ass of myself (lol), but if I do, I hope to work with Claire and 20% on other projects.